An American view of the NHS 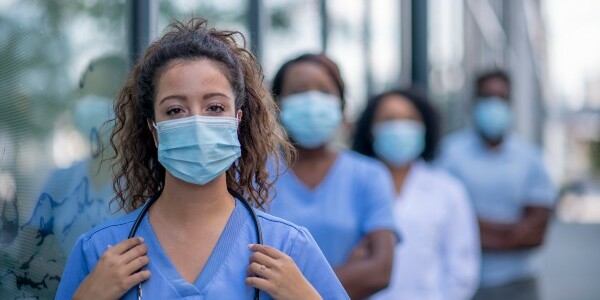 As an American, I have followed the debate about the future of the National Health Service with curious fascination. I must say I don’t entirely understand why this has even become a question – why anyone seriously thinks that privatizing the NHS would be a good idea, or why we have to resort to citizen campaigns simply in order to keep it around.  As far as I can tell, the NHS is one of the best things Britain has going for it, and it would be a monumental step backward to let it go.

I haven’t always held these views. Being on the left, I have long been committed to the principle of socialized healthcare, but, like most of my countrymen, I secretly suspected that such a system could never really work in practice.

Before I moved to London in 2011, I had visions of the NHS as a quagmire of forms, queues, and long waiting times. These assumptions affect US progressives as much as they do devotees of Fox News: they’re in the water, part of the commonsense furniture of everyday life. Somehow we all end up believing that America’s private, for-profit healthcare system is our only hope, and without it we’re likely to end up dying while waiting in line for basic treatment. For most Americans, the specter of socialized healthcare – and of the NHS in particular – looms like the heavy shadow of Russian bureaucracy in a Gogol novel.

I was forced to confront these assumptions when I made my first visit to the doctor, which I put off for a long time out of sheer fear.  I expected to have to take a train to some government complex where I would submit myself before a nameless bureaucrat behind a glass barrier in a brutalist concrete building. I literally thought this. So I was pleasantly surprised when it turned out that all I had to do was walk five minutes down the road to the nearest GP.

Upon arriving, I went straight up to the counter – no queuing required – and asked to register. Instead of the multiple page forms that I expected to fill out, which I had grown accustomed to completing every time I visited a doctor in the United States, I was presented with a single quarter sheet with the obvious fields: name, date of birth, and address. Nobody asked me for a health insurance card. Nobody asked if I would be able to pay. Nobody asked me for a British passport to prove that I was worthy of care. The edifices of my worldview began to crumble around me.

Fine, I thought: registration may be simple, but surely I’ll have to wait weeks for my appointment? Or even months? I was wrong again. I was given a slot that very afternoon.

I did have to sit in the waiting room, I’ll admit: for a sum total of 15 minutes. During that time, I marveled at the attractive display of public health information lining the walls – something I had never encountered in the US. It struck me, for the first time, that a publically funded healthcare system actually has an incentive to maintain good public health through mass education and preventative care. What a refreshing change from the perverse incentives built into the American model, which not only lacks this motive but operates according to the opposite logic: the more bad health there is in the population, the more money there is to be made from it.

My doctor was warm and professional, set up the referral and ordered my tests, and sent me on my way. As I passed by the receptionist at the front desk I felt almost guilty, and actually stopped to ask her if I needed to pay anything before leaving: surely there must be at least a small fee? She laughed at me. To this day, three years later, I still can’t get used to it, to the idea of health as a public good – it seems too humane to be true.