Continuous Use of Combined Contraception

The take home message is that having a break from your contraceptive every month is not necessary. Women can choose to take their contraception continuously so as to not have a period at all (strictly speaking, it is a withdrawal bleed … not a period) - or for several months at a time, which allows them to choose when to have their period.

Please read below for more information or arrange an appointment with Najla or with your GP should you want to talk about it some more.

Combined hormonal contraceptives (CHC) is a type of contraception that contains two types of hormones: oestrogen and progestogen.  These hormones prevent pregnancy mainly by stopping ovulation (the release of an egg from one of the ovaries). They also cause other changes in the body that help prevent pregnancy.  The three forms of CHC available include tablets “the pill”, patches applied to the skin and vaginal rings.

The majority of COC in the UK is designed to be taken as 28-day cycles, with 21 consecutive daily active pills followed by either seven pill-free days or taking seven inactive tablets – known as a hormone free interval (HFI). During this HFI, most women will have a withdrawal bleed. 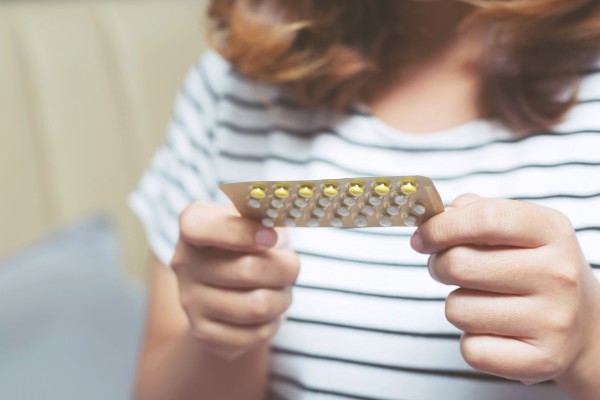 One patch is applied to the skin and worn for 7 days to suppress ovulation. Thereafter the patch is replaced on a weekly basis for two further weeks. The fourth week is patch-free to allow a withdrawal bleed. A new patch is then applied after seven patch-free days.

One ring is inserted into the vagina and left in place continuously for 21 days. After a ring-free interval of 7 days to induce a withdrawal bleed, a new ring is inserted.

New guidance from the Faculty of Sexual and Reproductive Health (FSRH)

In January 2019, the FSRH released new guidelines suggesting that the withdrawal bleed that occurs during the 7 day hormone free interval does not represent physiological menstruation and has no health benefit for the woman.  Additionally, the FSRH advised that the 7 day HFI has the following disadvantages:

As such, the FSRH have advised that women can safely take fewer (or no) hormone-free intervals to avoid monthly bleeds, cramps and other symptoms and potentially reduce the risk of escape ovulation and resulting contraceptive failure. The FSRH state that although such regimens are outside of the manufacturer’s license, the FSRH support their use and advise they are as safe and as effective for contraception as standard regimens.  Such “tailored” regimens involve:

If you are an existing user of combined contraception or are considering starting on it and would like to discuss this further, please book an appointment with the Practice Pharmacist or your GP.

For more information regarding the different forms of combined hormonal contraception, please visit the FPA Website.